“Take a picture,” he said, the white tassle of the Santa hat dangling in his eyes. I stared, not wanting him to see the desire hiding beneath my skin. His muscles tensed turning his tattoos into even more grotesque images of skulls and goblins, but I had always thought those pictures beautiful because they lived on his body.

“Hold still if you want me to take the picture.” I watched as he donned his Raybans and tilted his hat just to the right. It was comical that Christmas in Florida meant no shirts but I guess it was always a no shirt day for Johnny.

“Just take the damn picture already,” he huffed. I could tell he was becoming more annoyed with me but I couldn’t help but want to sit back and watch him, the way he moved or the way the light bounced off his skin. I couldn’t get enough of his eyelashes or the timbre of his laugh. It was all so significant that I found myself, on at least one occasion, not breathing, so caught up in all that was him that I was ceasing to thrive.

“Smile,” I said and the flash took my sight away for the instant between picture and kissing because there he was, lips touching mine, filling me with his air, with his heat, thawing me from the outside in.

This is completely imaginary but it might have come true if I had made different choices. So here’s my hindsight about a Christmas that could have been.

5 thoughts on “Take a Picture” 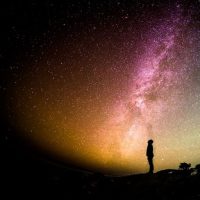 The Works of Lori Carlson